A lush green landscape teeming with wildlife, waterfront access, high-quality construction, and dynamic community engagement. These are just some of the reasons why homeowners love living at K. Hovnanian’s Four Seasons at Kent Island. The 55+ community is conveniently located near Maryland’s Western Shore and its urban attractions but maintains a sense of peaceful seclusion along a quiet stretch of the Eastern Shore.

Garnet and her husband Tom were two of the first people to call K. Hovnanian’s Four Seasons at Kent Island their home. The couple moved into their new house this past June after selling their home in South Bethany, Delaware. Garnet said she followed the community for about 20 years, ever since she learned that K. Hovnanian was bringing Four Seasons to Kent Island. She said the community is ideal because it is “close to Annapolis but not in Annapolis, close to the beaches but not the hubbub of the beaches.”

Roy Smoot and his wife Vicky, also residents of the Four Seasons community, wanted to be closer to their children and grandchildren who live on the Western Shore. They like being near the Western Shore’s city attractions without giving up the slower, quieter Eastern Shore life. “We get all of that here on Kent Island,” Roy said.

Residents of Kent Island are immersed in nature. “The place is crawling with wildlife,” said Roy. In his time living there, he has seen an eight-point buck, two bald eagles, ospreys, foxes, herds of deer, and migrating geese and ducks.

When considering Kent Island, Garnet and Tom were not only attracted to the community’s location but also to its high-quality construction. Tom, himself an engineer, said he was particularly pleased with the speed, expertise, and professionalism of the construction team. Garnet and Tom chose the Lille home design just based on its floor plans, since there was no exact sales model to walk through, and said they have loved everything about the home.

Tom said the Lille is spacious and thoughtfully designed, making it easy to move around in. When it came time for construction, Garnet and Tom found the crew members to be communicative and accommodating. “All the upgrades K. Hovnanian offered were reasonable,” Garnet said. She and Tom were able to add shiplap and extra outlets, and also had a door moved.

Roy and Vicky knew that when they retired they wanted a high-quality new construction home. Roy, who had a career in construction, said he likes to watch the building process as new houses go up on his street. “These are very well-constructed homes,” he said. “This community is going up quickly not because the construction crew is sloppy or cutting corners, but because it has a real handle on the production schedule.”

After selling their old house, Roy and Vicky toured a Quick Move-In (QMI) home at Kent Island, put down a deposit, and were able to move in within 30 days. They had been working with another builder when they realized the QMI design suited them better and was available much sooner.

On the whole, Garnet and Roy love their homes and community­, but they don’t deny that issues have cropped up here and there. That’s where Kent Island’s management team comes in.

When Roy first moved into his home, the irrigation system was behind schedule and for a time Roy watered his lawn himself, increasing his monthly bills. Despite the setback, he was able to work with Kent Island’s Community Manager, Doug Shipe, who made sure Roy’s water bill was paid for and that any resulting dead plants were replaced. “It’s a community that has earned my trust and respect through its actions,” Roy said.

Garnet said she was particularly pleased with how the construction process was managed. She and Tom were able to go through Kent Island’s Homeowners Association (HOA) to arrange having a walled patio built so they could safely have their two dogs outside with them. “If there are any issues, they get taken care of immediately,” Tom said.

While Kent Island homeowners have plenty of space for privacy, they also have access to a number of social activities. “There’s yoga, there’s a book club that’s starting, there’s a walking club, there’s a coffee club, there’s Mahjong,” Garnet said. “You could be busy here every day of the week if you wanted to be.”

She added that while she enjoys the activities, she doesn’t feel badgered to attend an event if it’s not for her. Tom also joked that because activities don’t cost anything extra, “You don’t feel like you’re stiffing yourself if you miss something.”

Roy said that he and his wife know almost everybody at Kent Island by name, including Garnet and Tom. Roy joked, “If you’d have asked me 25 years ago what a 55+ community would be I’d say, ‘Who in the world would ever want to live there?’ But I have to tell you, this is absolutely the place to live.”

To learn more about K. Hovnanian’s Four Seasons at Kent Island and see all our available home designs, visit our website. 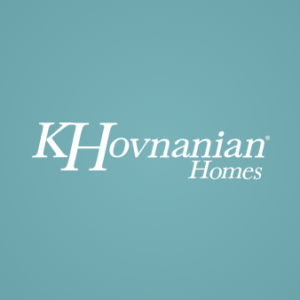 K. Hovnanian® Homes is a national new home builder that has been committed to excellence since 1959. Whatever your stage in life – whether you are a first-time home-buyer, a growing family realizing your dreams, or an active adult seeking a resort at home lifestyle – we have the home that is right for you.

20 Questions to Ask Your Home Builder

What Is a Ranch Style House? Here Are the Most Common Characteristics

What Is a Manufactured Home? The Pros and Cons

What Is a Stick-Built Home?

Enter your email and we will keep you posted with news and updates!